Checking in on Vigilante Brewing.

Share All sharing options for: Del Mar Will Get Its First Brewery Restaurant By The End Of The Year

Eater readers have asked for an update on Vigilante Brewing, the new beer and food project that will give Del Mar the first brewery to call its own. Founder Charles Koll, a chef (Prepkitchen Del Mar, Mille Fleurs) and homebrewer, says the construction should begin within a few weeks with the goal of being up and running by December. 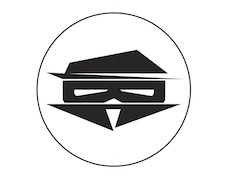 The 4,500-square-foot brewery and restaurant will have two bars, a dining room filled with communal seating and a large 2,000-square-foot patio with fire pits and games, from horseshoes to bocce ball and ping pong, that look onto the San Dieguito River Park. Koll's debut beers will include a kolsch, a rosemary red IPA and a chocolate stout that will be used as a base for variations infused with vanilla or coconut.

A strong believer in cooking within seasons, Koll said he'll work to ensure the restaurant is authentically farm-to-table; since he will be Vigilante's head brewer, he's planning to hire on a chef to oversee their menu of "elevated pub grub".