Welcome to another installment of Behind the Beverages, a series in which Eater talks to the sommeliers, cicerones and cocktail mavens around town about how they put together their lists of libations and where else they like to drink in San Diego. 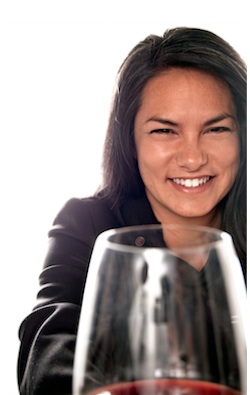 Much has been made of the Richard Blais-helmed restaurant, Juniper & Ivy; from the cocktails to the cuisine, innovation is a consistent theme. Does that extend to the wine list? A brief conversation with Tami Wong, Juniper & Ivy's sommelier, reveals an equally unique approach to the restaurant's wine program. Wong, who was previously the wine director at La Valencia and a wine buyer at 3rd Corner Wine Shop & Bistro, split her wine list at the Little Italy restaurant into two categories, "Tried and True" and Leap of Faith".

How many selections are currently on the Juniper & Ivy wine menu?
105.

That's a fairly small number for a large restaurant like Juniper & Ivy.
Yes. The number of selections will most likely grow some but not much. The list is structured to be dynamic and purpose driven. It is built for the cuisine, and like the seasonality of cuisine, the wines will ebb and flow throughout the year.

How many of your selections are from California and/or elsewhere?
At this time, the ratio is approximately 70/30 import to domestic.

That's a bit unique for a restaurant in CA let alone San Diego. Why so heavy on the imports?
First and foremost, these are the wines that drink exquisitely with the food. Wines from Europe are characteristic for modest alcohol and a less fruit driven style. They really work in harmony with the nuanced flavors Juniper & Ivy's kitchen creates. It's partly because of the success of this model at The Spence in Atlanta. And partly because these are the wines we like to drink.

What's the response been like?
Outstanding! Better than expected. Wine drinkers in San Diego are far more adventurous than previously thought. We're selling out of Greek red wines before California Chardonnay. We have great wine from CA on the list, but people are loving the discovery process of the imports on the menu.

What's your favorite "sommelier" suggestion right now?
Similar to the secret food menu, there are also "secret" wine selections I often suggest to the most intrepid patrons. My favorite right now has to be Ameztoi Stimatum. This is a red wine made from the Hondaribbi Beltza grape native to the Basque region of Spain; it's a super refreshing red wine full of juicy red fruits and bright acidity and it pairs with a wide array of our food items.

What other sommeliers/wine menus provide you with inspiration?
Justin Amick and The Spence have been a great source of support and inspiration. Andrew Mosblech (Urban Kitchen Group) also has been very influential. Cori Holstedt (Amaya La Jolla) is also a highly motivating colleague and friend.

Where/what do you like to drink right now?
Right now I could go for some shots of tequila at the Casbah.