It's time for everybody's favorite, Shit People Steal, a fun feature in which bar owners and restaurateurs tell Eater San Diego about what items in their restaurant have been (or are frequently) stolen. 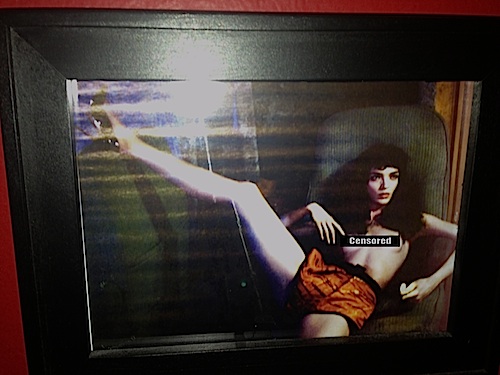 Bar West's Chris Martin, a partner at The West Group, tells Eater that he's seen desperate sales people try to snag a handful of business cards from the club's "win a happy hour by leaving your biz card" fish bowl. He says he suspects they're doing it as a way to show their sales manager all of the nifty new "leads" they developed. He writes, "I think this is particularly genius...if you have ever worked in a high pressure sales job, you might just be tempted to employ the ol' 'steal from the fish bowl trick'."

What's worse, some randy patron stole a vintage black and white framed photo of a semi-nude lady from the men's bathroom. Martin had to replace it with a replica, shown above (Ed Note: Boobs had to be censored, sorry).

Amid a COVID Surge and a Major Staffing Shortage, Civico by the Park Hits Pause