The Restaurants We Broke Up With in 2012

Share All sharing options for: The Restaurants We Broke Up With in 2012

Introducing a new tradition for Eater San Diego, a closeout of the year in food with a survey of friends, food media, industry experts and bloggers. We've already covered the Top Restaurant Standbys, Top Newcomers, the One Word to Sum Up the Food of 2012, Top Dining Neighborhoods, the Biggest Dining Surprises and the Best Meals of 2012. Today our panel dishes on the restaurants they stopped going to this year. Readers, feel free to play along and add your own answers to this year-end food survey in the comments. 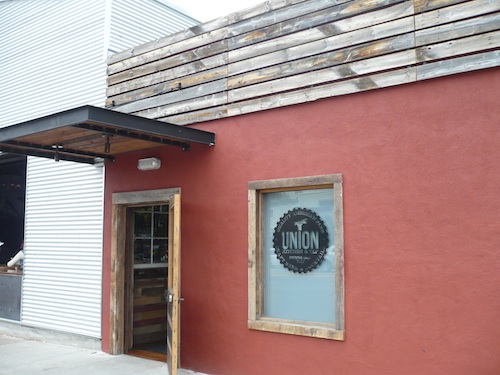 Q: Were there any restaurants that you broke up with in 2012 — eg, places you stopped going to?

Marcie Rothman, FoodbuzzSD: Gabardine— missed their demographic by a long shot. Point Loma is not the Gaslamp. And that neon woman hanging off the building, what is this restaurant trying to be?

Michele Parente, Features Editor, U-T San Diego: Market. The menu might be modern but the room feels like a passé step back in time.

Erin Jackson, San Diego contributor, Serious Eats: Just my former favorite Vietnamese spot downtown, partly because the noodles were shoddy, but mostly because the owner valued half the cost of the meal (a measly $3.75) over my long-time loyalty.

Roddy Gibbs, Rodzilla Reviews: Any Malarkey/Brennan establishment?wait, I never went to them. I would rather support the local chefs and restaurateurs who are focused on providing the best experience at their existing establishments rather than rush to open umpteen more of them.

Amy Granite, The Grubby Bitch columnist, San Diego CityBeat: The Linkery and El Take it Easy. The only consistent thing about these places seems to be kitchen mismanagement. Timing issues from tepid food, to entrees that come out in phases instead of all at once are just inexcusable errors when you're paying a premium price. I value both places' farm-to-table philosophy, but what good are those ingredients if the dish is screwed up? Whether it's too salty or not seasoned, undercooked or just plain meh, it's been one thing after another over the past year, and if you pay attention to Chowhound, even some of the restaurants' most ardent supporters are turning their backs.

Kirk K., mmm-yoso: We have a pretty long list of places and I really couldn't identify places that we've really stopped going to. On the other hand, there are two places on our rotation that closed this year. Ba Ren had long been our favorite restaurant in San Diego. They closed at the end of February. Birrieria's la Guadalajara, a favorite of ours, not necessarily for the birria, but for items like Borrego a la plancha and Cabeza En Su Jugo, closed sometime in August. RIP.

Keli Dailey, restaurant and bar reporter, U-T San Diego: My job is to go to restaurants. I haven't broken up with anyone. I might put some on the backburner and not return their calls. Namely cheap sushi spots that can't articulate any understanding of sustainable-fishing practices. Just articulate that you get that ocean life is finite and threatened. I'm not even saying sign some pledge that you'll treat your Seafood Watch app like your new god. I understand that cooking sardines only could turn off diners (I love Sea Rocket Bistro's grilled local sardines, btw). I'm just saying that I'm not receptive to ocean-unfriendly menus?or fake krab.

Barbarella, Diary of a Diva columnist, San Diego Reader: Jasmine (it used to be my go-to for Dim Sum, but things have gone downhill this year).

Amy Finley, contributor, Riviera Magazine: No, but I'm on the verge of breaking up with any restaurant that feels the need to broadcast that it's doing farm to table. I'm ready for farm to table to be the new normal.

Candice Woo, editor, Eater San Diego: No places in particular, but after having incredible dim sum in Orange County and eating my way through Italy, the memory of both experiences is still too fresh for San Diego spots to even begin to measure up.