Share All sharing options for: The Best San Diego Dining Neighborhood of 2012

Introducing a new tradition for Eater San Diego, a closeout of the year in food with a survey of friends, food media, industry experts and bloggers. This year, we asked the group questions that ranged from their thoughts on Meal of the Year to 2013 Dining Predictions and we'll be posting their unedited responses throughout the week. We've already covered the Top Restaurant Standbys, Top Newcomers and the One Word to Sum Up the Food of 2012. Now, we tackle the local neighborhood with the strongest dining scene. Readers, as always, feel free to play along and add your own answers to this year-end food survey in the comments. 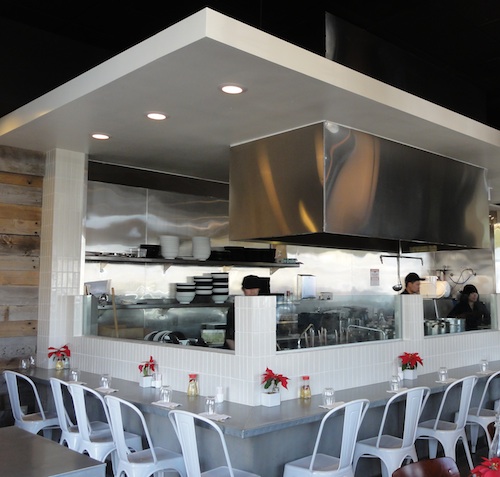 Q: What was the best dining neighborhood in 2012?

Amy Finley, contributor, Riviera Magazine: North Park is still leading the pack thanks to fresh, fun neighborhood restaurants that are OF the neighborhood, not just planted there. Hurrah for the Smoking Goat expansion!

Erin Jackson, San Diego contributor, Serious Eats: Kearny Mesa, because it's the most diverse, adventurous, and affordable 'hood, by a mile.

Kirk K., mmm-yoso: We go just about anywhere for food, Chula Vista for birria and fish tacos, National City for Filipino food, Grant Hill for Colombian, so it's hard to say. I will say, we do end up eating in the Kearny Mesa area the most often.

Roddy Gibbs, Rodzilla Reviews: I'll have to go with Hillcrest, they just had so many new places opening. The brewery's opening made national news, they've brought along some big names with Dbar and 100 Wines, and I've already mentioned my fondness of Akinori Sushi.  ?

Amy Granite, The Grubby Bitch columnist, San Diego CityBeat: Kearny Mesa/Clairemont Mesa will always be an exciting neighborhood food-wise, because it's so vast and there's always something new to discover in myriad strip malls. But in terms of a more walkable neighborhood and my personal favorite, I'd have to say Ocean Beach/Point Loma has the best overall variety of gastropubs to wine bars, hole-in-the-wall joints and grab-n-grub haunts.

Barbarella, Diary of a Diva columnist, San Diego Reader: I have to say Little Italy, as they had the most vibrant new scene with exciting restaurants like Craft and Commerce, Isola, and Under Belly.

Kirk K., mmm-yoso: We go just about anywhere for food, Chula Vista for birria and fish tacos, National City for Filipino food, Grant Hill for Colombian, so it's hard to say. I will say, we do end up eating in the Kearny Mesa area the most often.