Introducing a new tradition for Eater San Diego, a closeout of the year in food with a survey of friends, food media, industry experts and bloggers. This year, we asked the group questions that ranged from their thoughts on Meal of the Year to 2013 Dining Predictions and we'll be posting their unedited responses throughout the week. We've already covered the Top Restaurant Standbys, Top Newcomers, the One Word to Sum Up the Food of 2012 and the Best Dining Neighborhoods. Here, food-centric folk share their biggest dining surprise of the year. Readers, feel free to play along and add your own answers to this year-end food survey in the comments. 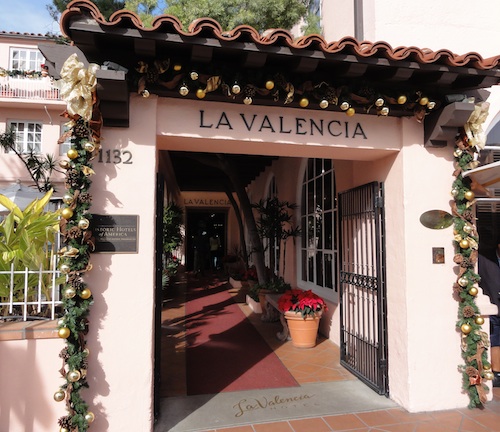 Q: What was the biggest dining surprise of 2012?

Roddy Gibbs, Rodzilla Reviews: Paul McCabe leaving Delicias – but very happy to have him staying in SD!?? Jay Porter moving to San Francisco — one of the biggest names in the SD food scene, it's just hard to think of him not being here??. Closing of the Sky Room and Whaling Bar — not the only closing of the year, but one of the most significant.

Amy Granite, The Grubby Bitch columnist, San Diego CityBeat: Biggest surprise? That the best torta in town comes off a truck permanently parked in front of Toys r Us in Chula Vista. El Gallito Tortas Ahogadas makes two sandwiches only, and both are epic. The namesake torta (my favorite) is packed with shredded pork loin, the roll gets a slathering of refried beans and the whole thing is drowned in a tomato chile de arbol sauce, then topped with pickled onions. It's a win through and through, but bring your own wet-wipes. It's messy!

Jane Bills, Let There Be Bite: Tijuana and Baja everything — and the rest of the country taking note

Barbarella, Diary of a Diva columnist, San Diego Reader: How many restaurants Brian Malarkey can open in a row. I'm still holding out for one called "Tweed."

Marcie Rothman, FoodbuzzSD: Supannee House of Thai in my neighborhood.

Keli Dailey, restaurant and bar reporter, U-T San Diego: Mexico. The recent Tijuana Innovadora conference hinged upon the country's great culinary offerings. And Dana Goodyear at the New Yorker kicked off 2012 with a stellar piece, one where she said Misión 19's Javier Plascencia and the culinary arts were essentially saving Tijuana. Wow!

Amy Finley, contributor, Riviera Magazine: Chef changes! Food writers on long leads were pulling their hair out this year just trying to keep up with Chad White. And Chad wasn't the only chef playing the field. The comings and goings were fast and furious.

Erin Jackson, San Diego contributor, Serious Eats: When Taco Banh closed to "re-concept" after being open for all of 2.5 seconds. I'm still intrigued by the idea of a "banhrito" (banh mi/burrito).

Michele Parente, Features Editor, U-T San Diego: 100 Wines proves the Cohns' stab at higher-quality, modern eats wasn't a fluke with Bo Beau. And they had the chutzpah to open a fine dining establishment atop a luxury car dealership!

Candice Woo, editor, Eater San Diego: With the San Diego ramen boom this year, I learned that all bowls are not created equal — the thickness and texture of the noodle, the saltiness and body of the broth, the moistness and flavor of the pork — make every shop's version unique.