Toshi-San is Serving Sushi No More

Share All sharing options for: Toshi-San is Serving Sushi No More

Welcome to The Shutter. Know a restaurant that has served its last? Do let us know. 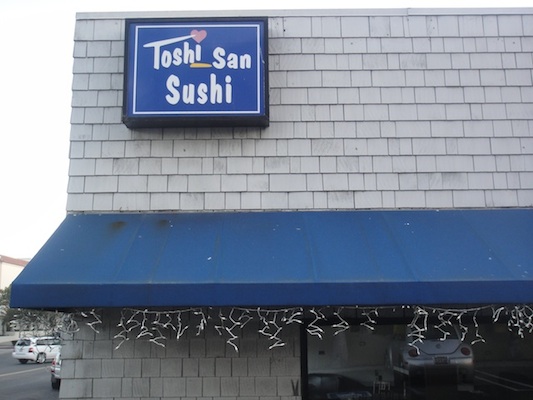 La Jolla's Toshi-San Sushi and Shabu Shabu, whose namesake itamae was the first of Sushi Ota's highly-skilled disciples to branch out and open his own restaurant, closed its doors last week. A posted sign thanked customers for their support but made no mention of where Toshi-San will land, though it's likely that he'll pop up behind another local sushi bar soon.